Why ALL Families Speak a Different Language

When I was a little girl, Uncle Hockey was a legend in my family.


Now, to be clear, he wasn’t actually my Uncle.  Also, his name wasn’t “Hockey", or anything like that.  And, I never really met him.
But every summer, when we spent time at my grandparents’ cottage on Lake Ontario (and we did this often), when the man (not my Uncle, never met him) who lived up the street drove by, my Grandfather would yell, “UNCLE HOCKEY!” and Uncle Hockey would wave at us.  If my grandpa wasn’t there to do the honors, it was understood that whoever happened to be standing in the yard when Hockey drove by should greet him in this manner.  Relating this story now, it sounds more than a bit odd; but at the time, I never questioned it.


“Uncle Hockey” was just a part of my family culture and lore.
How my grandpa came to call his neighbor by this name is a not-terribly-interesting story that I only heard for the first time a few years ago, when my cousin asked one of the man’s grandsons.  But nicknames are a family forte, and no one was better at it than my Grandpa Jim.  If he came up with one for you, you might as well have changed your birth certificate and social security card, because no one who knew the both of you would ever call you anything else.


I am one of four children, and each of us is commonly referred to by at least that many nicknames; Kara Mia is the one favored for me, Joster for my little sister, Roo for my brother and Cinders for my older sister.  But seriously, there are so many others we rarely refer to each other by our actual names.  My son also responds to at least half a dozen names not his own.
He and I just returned from our annual summer family visit, and spending time with my brother, younger sister and I prompted him to ask the following question:  is there ANYTHING you guys DON’T have a private joke about?


We were, more often than not, just left to deal with each other.  And in being forced to deal with each other in close quarters for many years, we developed a lot of short cuts.  Our own secret “language”, if you will.
So when I tell my brother, “You smell like fish, you big brute”, he knows I am expressing an endearment.  And when my sister and I yell, “IN JAIL!” after celebratory greetings, (as in, “Happy Birthday!  IN JAIL!”), everyone knows we are channeling our inner Mr. Potter.  Everyone who gets the joke, that is.


And, if I am going to be perfectly honest here, I will admit that obviously not everyone in our family “gets” our language.  People who have joined us through marriage, people we have birthed…even my mother, who was too busy trying to keep four kids alive to keep up with every nuance of our relationships.  Also my older sister, who moved out when I was only 8, and was not around for much of what inspired our private vocabulary.
And, the weekend before last, after my brother and I spent about 20 minutes singing various verses of “Particle Man” (They Might Be Giants!) to each other (totally out of order, naturally), I looked at him and said, “I can see how this could be annoying to people who are not us.”


And it occurred to me that this might be at the heart of intolerance in general.
When we feel like we are “in on the joke”, we feel safe, accepted and understood; when we feel like we “don’t get it”, this triggers a lot of insecurity, judgment and suspicion.

So people who ACTUALLY speak a different language (or worship differently, love differently, act differently or look differently) bring up our fear that we might be “the outsider”.  We have our own language and way of being, and those who do not share it can seem to threaten our personal sovereignty.  It makes us want to “circle the wagons” and ONLY hang out with the people who will sing “Particle Man” with us (triangle man HATES particle man…)


(Comment if you get that reference, please!)
My parents had it right.  We just need to be left to deal with each other.  No interference (or travel bans, or walls), we need to work it out and hopefully develop a new language of cooperation and acceptance.


Especially when we are the “insider” dealing with “outsiders”; then most of all.  How can we ever hope to be understood if we don’t, as my Pop was fond of quoting, seek first to understand?  Wouldn’t the world work so much better if kindness was our first language? 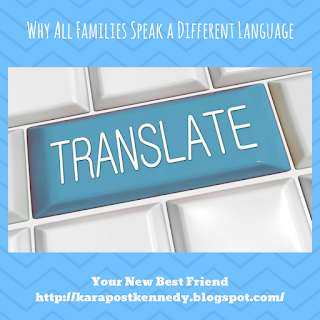 Posted by Kara Post-Kennedy at 6:29 AM No comments: 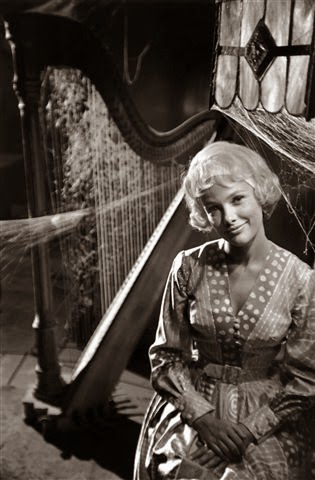